Get a Guitalele Already

The guitalele is a miniature guitar built like a ukulele, and it should be your next – or even first – musical instrument. 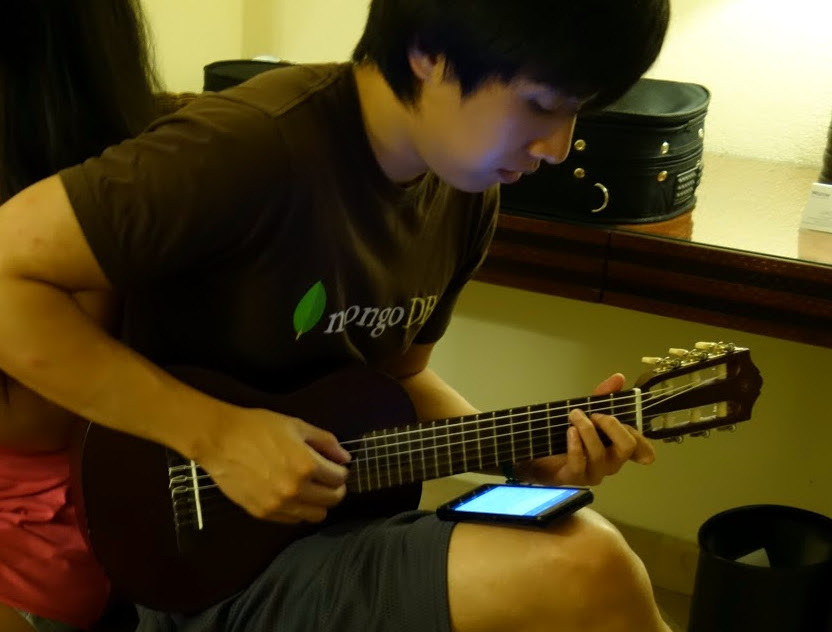 For comparison with any instruments you might already play, here are my flamebaity ratings of several instruments’ qualities:

The guitalele does earn the most stars here, but that’s a pretty crude metric. To elaborate, you should get a guitalele already…

Some instruments like violin are culturally very serious and competitive. Others like sousaphone are utterly ridiculous and more about showmanship than musicianship. The guitalele inherits a casual, friendly attitude from its ukulele roots.

For newcomers to stringed instruments, the guitalele has another easily overlooked benefit: its low-tension strings won’t hurt your fingertips.

One big reason why guitar and piano are so popular is that they can produce multiple notes at the same time. Unlike wind instruments, they also allow you to sing along and – in the case of guitar – use percussive techniques like tapping and slapping. This all adds up to the ability to play virtually any song on a guitalele without the need for accompaniment.

As my go-to travel instrument, my guitalele has joined me on trips to Mexico, Hawaii, Costa Rica, and Thailand. Ukulele lookalikes are especially appropriate in tropical locations :)

A guitalele can fit easily in an overhead bin and, in a pinch, underneath the seat in front of you. Flight attendants usually don’t mind either way. Tenor ukulele cases happen to fit perfectly and are a good idea if you travel often.

My one small gripe about guitaleles is that they’re only slightly louder than ukuleles and can be hard to hear in noisy environments. That’s not an entirely bad thing, though! I can practice during layovers without bothering anyone, whereas I still have yet to find a place soundproofed enough for sax.

$100 is way down on the low end as far as musical instruments go, making it a responsible investment for musical newcomers. Only toy instruments like recorders and diatonic harmonicas are much cheaper.

My guitalele has far and away the lowest cost per playing hour of any instrument I’ve owned, and yet it’s still in great condition after three years.

If you want to start playing music but don’t have 10,000 hours to spend practicing, you really only need to learn four chords in order to play most pop songs. Unless you have huge hands, you’ll also probably find the widest frets on the guitalele more comfortable to hold down than on a regular guitar.

Once you get tired of strumming the basic chords, you can start the long journey of learning more colorful guitar techniques like bends, harmonics, and tremolo picking.

Another advantage over wind instruments in particular is that you can just pick up a guitalele and put it down without the hassle of assembling, greasing, wiping, and draining.

I have no ties to Yamaha and wasn’t paid to write this! Having finally found an instrument that’s both extremely fun and extremely practical, I hope this review can help end that search for anyone else in the same situation.